The work consists of a green and aseptic table (such as the ones in operating rooms) on which are orderly placed four visibly sharp knitting needles. The work arises from the need to highlight the violence of illegal abortion as a practice that not only rages on the body, but that forces women to torture in order to avoid suffering the greater social consequences of being a lone mother. 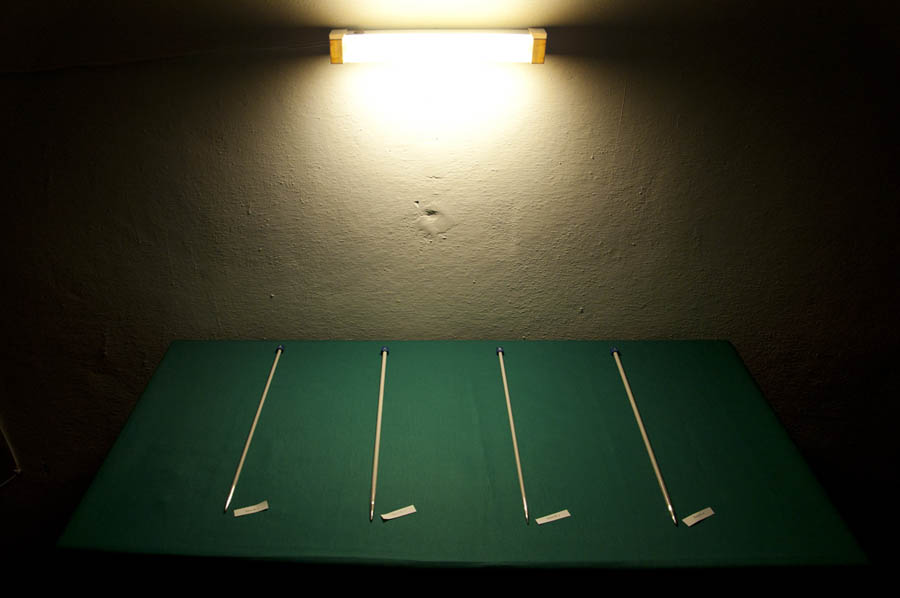 Everyday objects such as knitting needles can be dangerous and threatening. They suggest a number of references to the role of women within society, who are often subject to the control and the risks faced in the place traditionally reserved to them by history: the house. 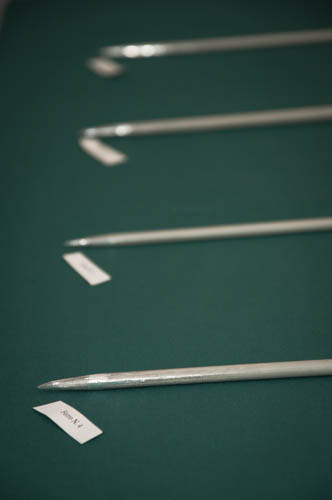