Cassandra is an announcement, the foreshadowing of a defeat, of an advancing slavery.

Images and unintelligible text are printed on the 12 napkins. They turn into instructions to eat macaroni by using chopsticks. Instructions and norms in the domestic space par excellence, i.e. home and the dinner table 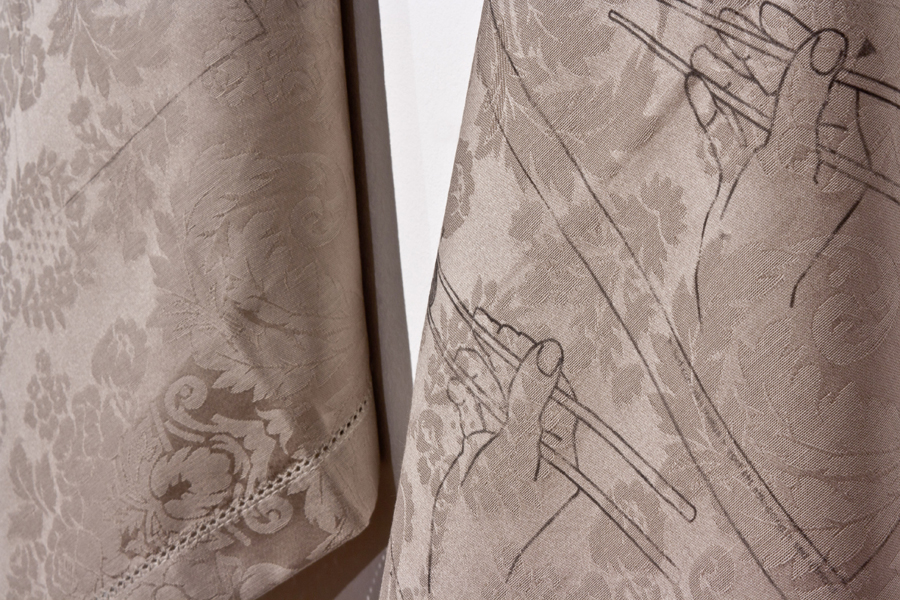 Cassandra foresees a penetrating invasion, with no tank in sight, only pervasive rules in the daily life. An advancing "East", which has always been restless, like the enemy and imminent danger. 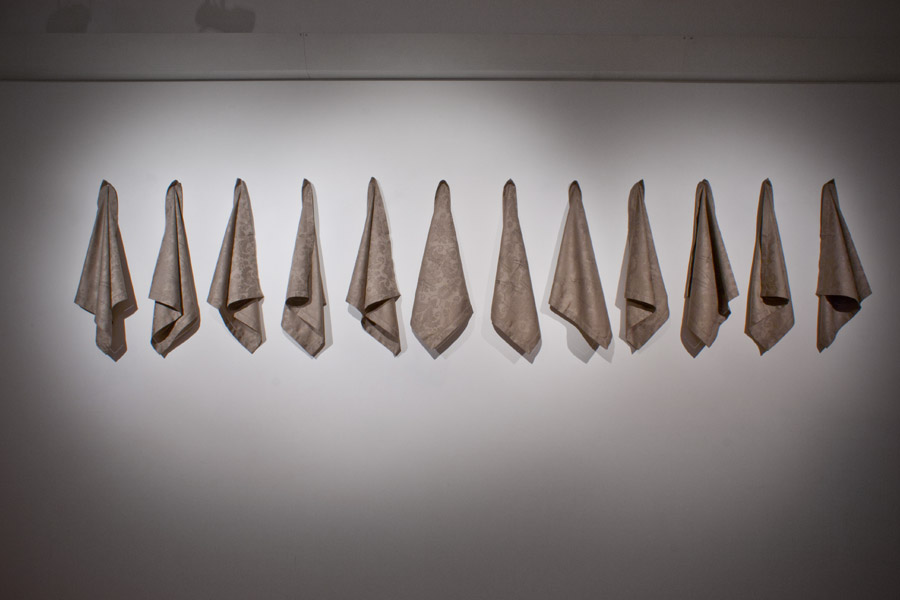 This installation is made up of 12 dove-grey table napkins, printed by hand.

It intends to embody the widespread fear that China might invade the West. A fear which is not new, but which finds, in the current global social and economic context, new reasons to renew itself. 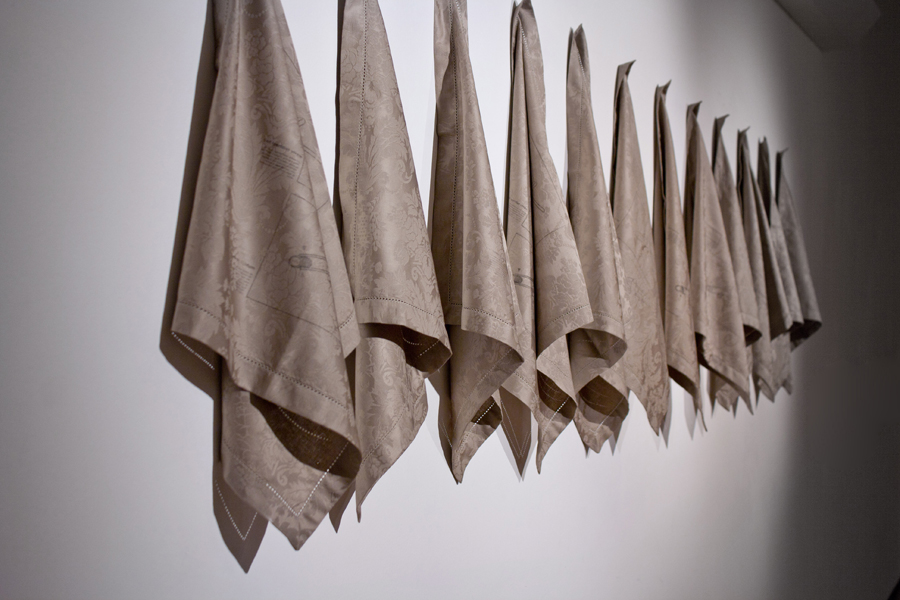 The images, formed by a uniform trait, achieve a blend of the Asian style, with no shadows, and of the technocratic nature of the Chinese political system.